You are here: Home / MAJOR LEGAL SYSTEMS IN THE WESTERN WORLD

There are two major legal systems in the Western world: the civil law based on the principles of the Roman law and the common law originated in the UK, now followed in most English speaking countries. 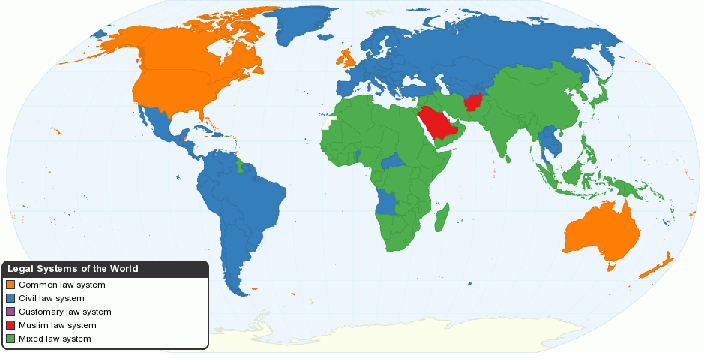 The core principles of civil law are codified into a referable system which serves as the primary source of law. It formulates general principles and distinguishes substantive rules from procedural rules. Case law is secondary and subordinate to statutory law.

Initially, Common Law was the law imposed on the institutions of Anglo Saxon England by the Norman invaders back to 1066. It was the law that related to everyone. Over time,  the Common Law becomes used to denote the law applied by the king’s court and developed through the system of precedents.

What are the principal features of a civil law system?

What are the principal features of a common aw system?

Civil-law systems are more widespread than common-law systems: 150 and 80 countries respectively. In reality, many systems are now a mixture of the two traditions, giving them the best of both legal worlds.

How to buy property in Europe

Vertaalbureau Polydioma How to Calculate Translation Costs
Scroll to top